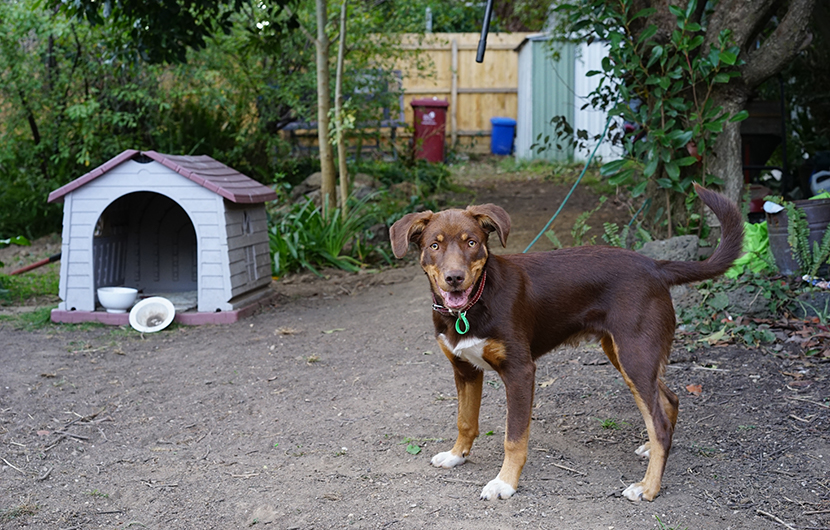 Chances are that at some time in your life you have been annoyed by barking or howling dogs in your neighbourhood. Be it the constant daytime yappers, the intermittent howlers or the midnight patrol, a constant barrage of canine voices – especially at times when we want our peace – can test the patience of most people, including animal lovers.

But apart from the nuisance factor those voices are often trying to communicate something. Instead of listening and understanding though, we routinely just want the noise to go away. Putting the suburban choir of dogs on the same level as noise from building sites or overzealous gardeners with their power tools ignores the real problem: why are those dogs barking so much?

Every dog barks. It is normal dog behaviour and something we humans have bred into them to protect us and our stuff. But there is no such dog who only barks when there’s an intruder on the property and the family is in danger. Dogs cannot make such subtle distinctions. That’s why visitors and neighbours often get the same noisy treatment as the ‘baddies’. That’s why people who walk past the dog’s fenced yard get barked at. That’s why delivery people are the most hated individuals in the canine universe.

Dogs bark at stuff they are not familiar with and they do so because they feel threatened, i.e. because of fear. The reason behind this is often insufficient socialisation as a puppy, but genetics also play a role. Being afraid of the unknown has always been an important trait for survival. No animal can simply shake off its evolutionary history. Not even humans.
And then there are of course those dogs that we specifically raise and train to be guard dogs. Rather than socialising them, we exploit their fear of strangers to achieve their ‘protective quality’ for our own purposes. Those dogs rarely make good neighbours.

Modern dogs also spend far too much time on their own. They sit at home all day waiting for their people to come home. They have nothing to do and may therefore chew the couch to pieces, dig up the garden or bark the neighbourhood down. It could simply be boredom or it could be distress because they are left alone. If a dog has full blown separation anxiety, they suffer a state of severe panic every time their family is away. It is a terrible way to spend one’s life.

Arousal by wildlife or other creatures of the night is a particular problem for dogs who sleep outdoors. Some dogs do just fine sleeping outside, but if a dog’s mental, physical and emotional needs aren’t met, if they feel lonely or if they are prone to bark at noises or anything that moves at night, they’ll likely join the midnight choir. That’s why it’s best to keep dogs indoors where they belong: with their families.

How not to complain

Complaining to the dog’s owners can be a delicate mission.  Unless you know the people well, how do you think they’ll react? If you are only concerned with yourself or your patience has been stretched too far, you might not even care. Maybe you simply drop an angry note in the person’s letter box and threaten with calling the authorities if things don’t change pronto.

However, if you are even slightly concerned about the dog’s wellbeing (or if this is your primary motive) or you want to stay on good terms with those neighbours, it’s best to use a non-confrontational approach. It’s also better for your own stress levels.

If someone worries their dog may create trouble with neighbours and possibly the law, they may take desperate measures. Even people who love their dogs could resort to suppressive and even cruel methods, such as citronella collars and electric (shock) collars – anything to stop their dog from barking. This will solve the problem for the humans but not for the dog. In fact such measures can be catastrophic for the dog.

Bypassing the owners and going straight to the authorities can have similar detrimental results for the dog. Depending on a particular council’s policy, the owner may first be reminded of their duty of care for the animal but, unless there is a serious case of cruelty, it’s usually ‘case closed’ once the barking has stopped, no matter how this was achieved.

Working towards a solution

The best approach is to be constructive. If there is a dog in your neighbourhood that annoys or concerns you, first ask the owners politely if they are aware that their dog barks a lot at such and such times. Who knows, they may not even have noticed if no one has told them before. Ideally, you do this in person (far less room for misinterpretations) but if you don’t feel comfortable, just put it in writing.

I would avoid going into too much detail about how you are affected by the dog’s noise. There is usually no need to elaborate on your lack of sleep, how much it stresses you out and other inconveniences caused by the dog. The goal at this stage is to make your neighbours aware that there is a problem, not to make them feel defensive (which is what generally happens when you blame people). Your neighbours will most likely feel bad anyway when they learn their dog causes a noise problem. They don’t need the blame. They need solutions and support.

If the barking happens at night, it is still a good idea to pretend the barking may have gone unnoticed. For all you know, the owners may work at night. Finally, even if there is awareness about the dog’s vocalisations, there may be genuine ignorance, subconscious denial of the severity of the problem or a feeling of helplessness. You won’t know until you start a conversation.

If you decide to add an assessment, make sure you don’t “go all expert on them” (even if you happen to be a trained animal behaviourist). For example, you could say the dog seems to be stressed when alone or the dog seems to be over-stimulated by the wildlife at night – whatever the situation is. By doing so you show your neighbours that you have sympathy. This can in turn mean the difference between the dog receiving genuine help or having an “anti-bark” collar slapped on them. It’s an animal welfare issue, so unless you are a cold-hearted person, please consider the consequences for the dog.

You could even go further and mention that you know someone who had the same problem with their dog and solved it by keeping the dog indoors. Who cares if you actually do know a person or if you only heard about that ‘someone’ somewhere (like right here right now), it’s still good advice. Furthermore, you could add links and references to positive reinforcement trainers and websites*.
Another possibility, just in case you have the time and inclination, is to offer to look after the dog while the owners are away.

If your friendly approach is met with silence or does not lead to a reduction in barking, send a note a couple of weeks later using slightly firmer but still polite vocabulary. For example, you might ask first if they have received your previous note (maybe it got lost?). Then ask if they have started working with a trainer or behaviourist to solve the problem.
You could also say you hope they take the problem seriously for the sake of their dog and the neighbourhood. And you could mention that other neighbours are concerned as well.

After you have sent two or three notes – always polite but each time with a more urgent call to action – it is time to contact the authorities.

Not starting the communication with assumptions about the owners’ character or conduct is definitely the way to go. Too many problems and misunderstandings are caused by making assumptions about others. By keeping an open mind and not being judgemental you can help solve the problem for everyone involved rather than adding to it. And how good would that be?