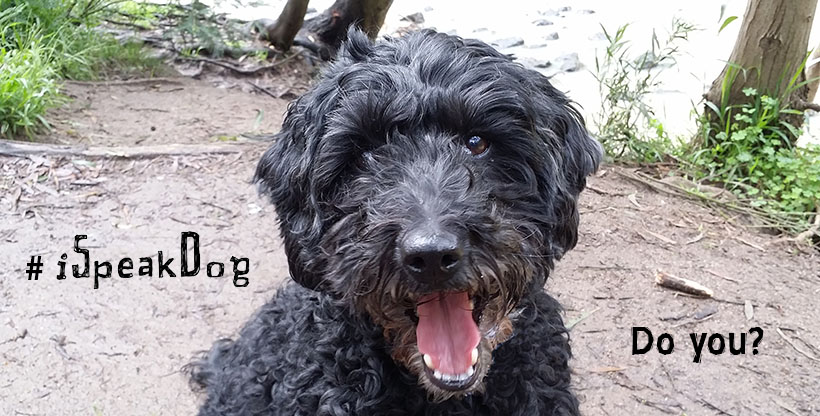 “Don’t worry, I can handle these dogs”. The burly man was referring to a German Shepherd whose humans had just sat down next to him at an outdoor cafe. The dog had curiously approached the man and received a pat in return. A nice thing to witness at first: A confident German Shepherd, not afraid of human strangers, happily accepting a pat on the head and even doing a bit of playful jumping around and inviting the stranger to engage further. Unfortunately, in response to the owner’s gentle attempts to curb his dog’s exuberance, the burly man made the above statement – completely ruining the moment.

Whatever ‘handling’ means, it’s not teaching

It was a typical example of the still widespread belief that getting a dog to ‘behave’ (meaning: to do what we want) is a result of how we ‘handle’ them. ‘Handling’ is not a word that I would associate with teaching or training. To be a good teacher or trainer you have to be an expert in the subject matter and – just as importantly or arguably even more so – be able to effectively and constructively communicate with your students.
So, to be a successful teacher of dogs requires not just solid knowledge of how animals learn, but an ability to understand ‘dog language’. Since dogs communicate primarily via body language, this means being able to pay attention to and correctly interpret canine body postures, movements and facial expressions, but also vocal signals such as growling or barking.

Dominance theory, anthropomorphism and laziness keep us in the dark ages

Interpreting canine communication has always been plagued by human bias and misinformation. Dog behaviour is either labelled in the same vein as human behaviour and with the same presumptions (naughty, guilty, stubborn, loyal, aloof, mischievous, etc.) or it is reduced to a simplistic and fault-ridden version of wolf behaviour (behaviour is driven by status-seeking, i.e. trying to be dominant). The former just shows how hard it is to step outside our human minds and drop our biases – even when we attempt to understand a member of a different species – and the latter is a result of ill-designed experiments – and most likely influenced by the same biases – and was discarded by animal behaviourists a long time ago.

It is of course very intuitive for us to describe canine behaviour with human words that have intrinsic meaning to us, but since language influences how we think it also influences what we think our dogs think. And that is where we go astray. For example, if we label a dog as ‘stubborn’ for not doing as we ask, we clearly put the blame on the dog and insinuate an intention not to comply with our request. This is of course much easier than looking at our own failure of not training the requested behaviour so a satisfactory standard. Could it be that what we interpret as ‘stubborn’ is in fact a dog who is confused and maybe even a little intimidated by our commanding voice and growing anger? Teaching a dog requires a step-by-step plan, proper execution and high-value motivators. It is a labour-intensive endeavour. How much more convenient is it to blame the dog for intentional non-compliance?

The idea that our dogs’ behaviour is dominance-driven fits in nicely with this attitude. All we have to do is show the dog that we are in charge and they will happily submit and ‘behave’. Except that the only way this method has ever worked is through intimidation. The dog learns that some of their behaviours turn their human into a scary person, so they try to avoid those behaviours. Intimidation, however, has nothing to do with teaching. It is a violent and abusive way of controlling someone else’s behaviour.

Learning dog-language is the only way forward

So, if you want to make sure your dog is well-behaved and happy, there is no way around learning dog language. In order to make good decisions, you need to be able to recognise when your dog is scared, anxious, aggressive, happy, playful or relaxed. Giving your dog more reason to be anxious or even aggressive by coercing and intimidating them will do nothing to make your dog a better canine citizen. But, if you make your dog feel safe by listening and responding to what they tell you and if you encourage their cooperation with gradual and reward-based skills development, your dog will be a much better – and safer – companion to have around.

Fortunately, a new resource – iSpeakDog – makes it even easier for anyone wanting to extend or update their knowledge of dog language and behaviour. Created by writer Tracy Krulik, a member of The Academy for Dog Trainers, the website is a unique knowledge base reflecting scientifically sound canine communication expertise. Dig in!