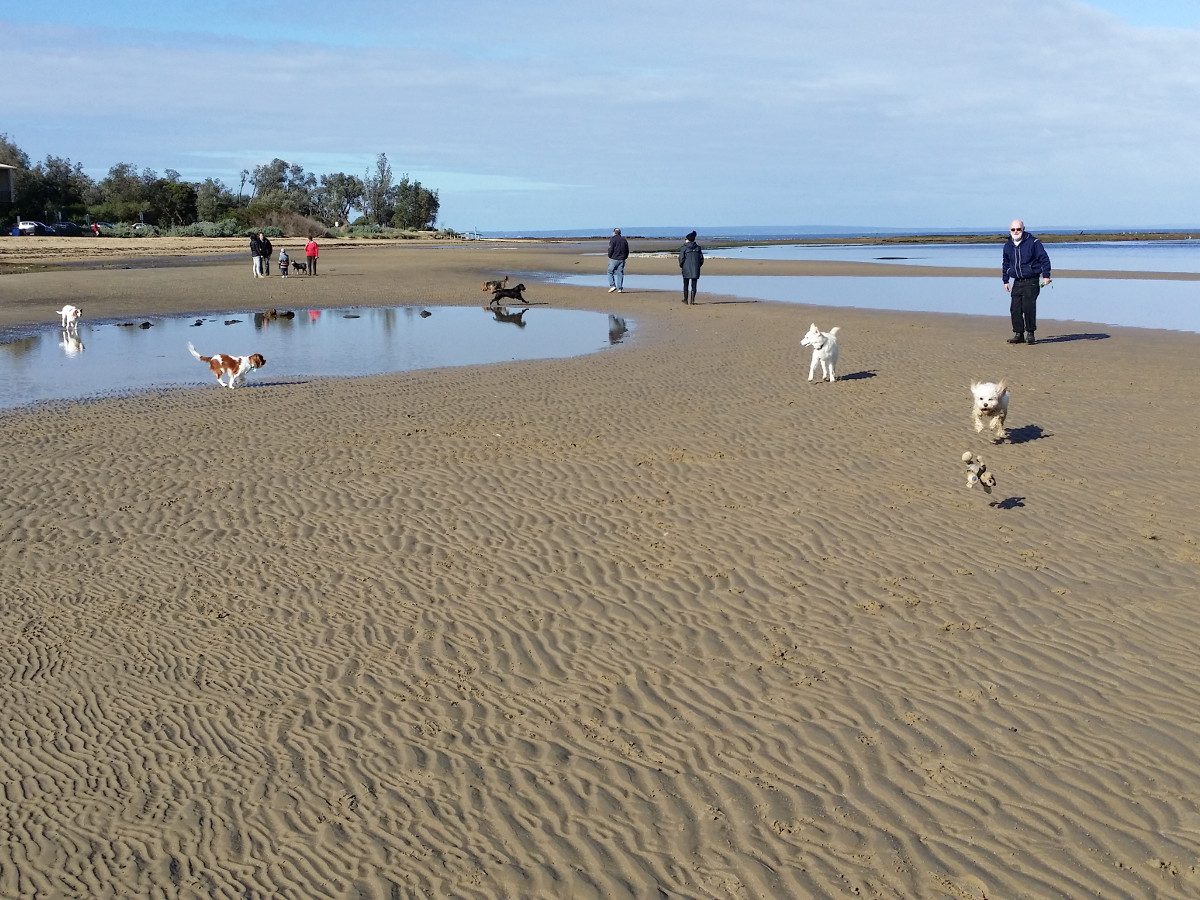 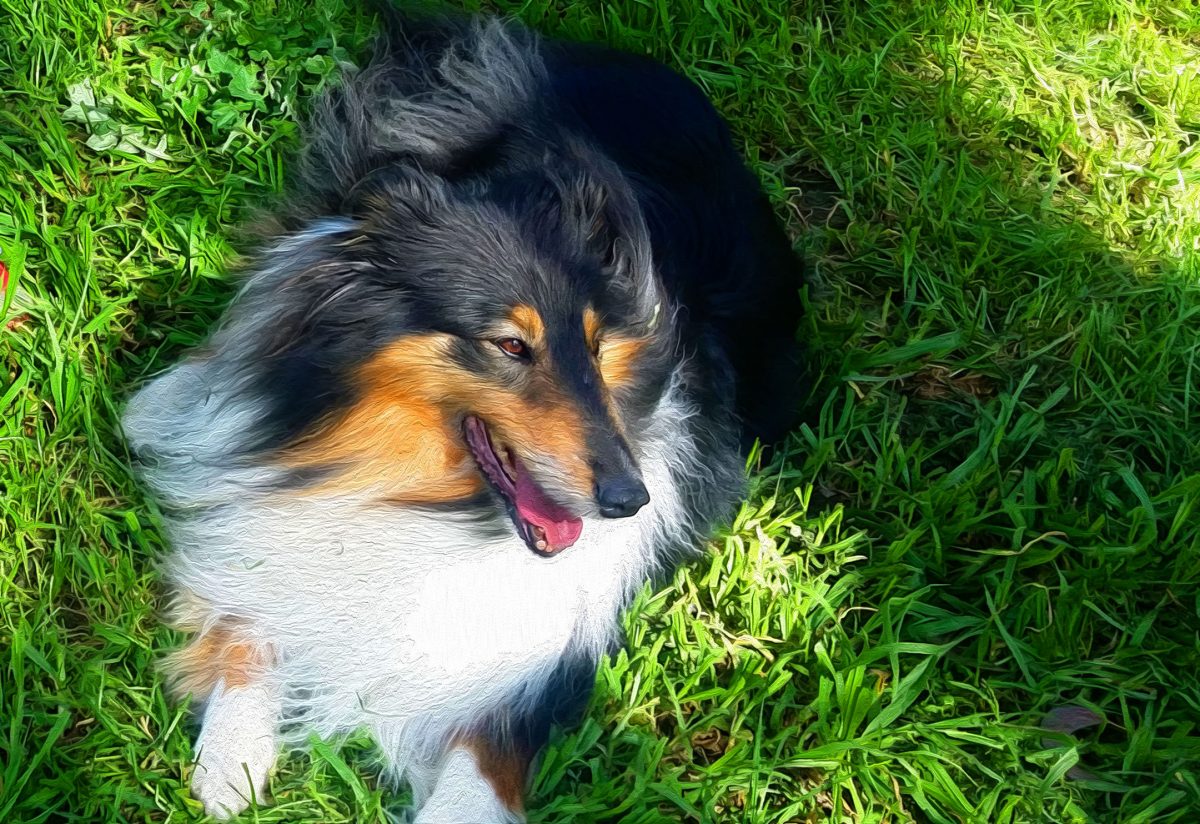 What’s a hippie dog? That was the first question that popped into my head when a friend once asked me why hippie dogs were always so well behaved. The dogs she had in mind were the type that you would see off leash in public areas, typically hanging out with people who were, well, also just hanging out. I went through a hippie phase as a teenager and I remember it was all about being “anti-establishment”, whatever that meant. I think, what I mostly loved about it was the sense of freedom, the sense (or rather illusion) of not being bound by any societal rules. You could say, a hippie dog—not giving a care about leash laws and not forced to follow anyone—is a dog free to choose. So, why do they choose to hang with their people?

Hippie Dogs Are Happy to Stick Around

A common concern I hear from clients is that they worry their dog may run off, if let off the leash, and my first response (although I don’t always say it out loud) is usually “why would they?”. What are the reasons a dog would not stay with the people they consider their family? A dog who has just been adopted from a shelter and not settled into their new home yet is a good candidate for running off into the blue yonder, maybe never to return. So are, one would assume, dogs who are unhappy in their homes, because something causes them serious ongoing or repeated stress. But otherwise, running off is generally a temporary thing, for example to meet other dogs, say hello to people, chase after someone else’s tennis ball or bother the local wildlife. The dog, once satisfied with their adventure, typically returns to their humans. But, just in case you aren’t eager to wait that long or your Kelpie keeps herding the children playing soccer or your friendly Lab disrupts the Tai Chi class or your 50 kilo Bullmastiff makes a beeline for the young family having lunch on a picnic rug, read here how you can get your dog to come back.

The attachment a dog feels to their people plays a factor in staying within range, no doubt. However, I have seen dogs behave in a way that people call loyal despite not having a good relationship with their humans or not having a happy home. I assume this sort of loyalty is a behaviour favoured by evolution: to stick with what one knows, because there’s usually less danger involved. In particular dogs who are anxious and lack confidence are prone to fear what they don’t know and less likely to explore and venture far. On the other hand, any sudden scare can send them dashing off across the road. The behaviour of hippie dogs though is not fearful at all. Quite the opposite, these dogs are as chilled as a cucumber and nothing seems to faze them. My guess is, they follow their people around because they want to, not because they are afraid not to. A positive relationship, built on trust and reinforcement of desirable behaviours, instead of force and coercion, is certainly a good idea, if you want your dog to stick around of their own free will.

Hippie Dogs Have Seen It All

But there’s more, of course. Hippie dogs don’t seem to get excited about much at all (and don’t say it’s probably the drugs!). You don’t see them run across the road, if they spot another dog on the other side, they don’t chase after the cat on the fence, they don’t jump up at people and they don’t bark at the garbage truck. The crucial component which makes a hippie dog is, I suspect, their stellar socialisation. Genetic makeup matters too of course, but if we are lucky and our dog has happy little genes, then the environment the dog grows up in is the biggest thing we have to focus on. Hippie dogs seem to have seen it all. They are not afraid of new people or novel things, because apparently their early environment was so rich with everything our crazy human world has to offer that they feel comfortable wherever they go. The rarer something is the more attention the dog will pay to it, so a dog with an impoverished socialisation is more likely to get overexcited or anxious when they see other dogs and people than a hippie dog for whom other dogs and people are nothing special.

Make Your Own Hippie Dog: Socialise, Handle with Care, Train with Kindness

So, would you like to have a hippie dog? I have to be honest: I highly suspect that the hippie dog is a mythical creature. Or maybe they are extinct. Nevertheless, there’s nothing stopping you from trying. You and your dog may end up a lot happier.

By the way, the hippie dog has an evil twin. Well, to be fair, they aren’t actually evil. Most of them are just scared most of the time. Guard dogs are on high alert, if anything in their environment raises their suspicion—which is almost everything. They were either trained or bred to fear what they don’t know, or both. In Australian states trained guard dogs are automatically classified as dangerous dogs. Any dog who ferociously barks at or goes after strangers—no matter if trained, born or raised that way—is potentially useful as a guard dog but makes a lousy family pet. They also tend to have a pretty lousy life (imagine going through life constantly looking over your shoulder in expectation of danger). Guard dogs and other stranger danger dogs don’t relax around people they don’t know, they have a limited environment where they feel comfortable and they have a very narrow, or non-existent, social circle. They are the exact opposite of the hippie dog.

The bottom line is, if you want a companion dog you can take everywhere and be social with, do not put the fear in your dog. If you already have a fearful dog, do everything you can to help them fear less. If you want protection, get an alarm system. Let’s populate the world with hippie dogs. Ok, we don’t have to call them that.