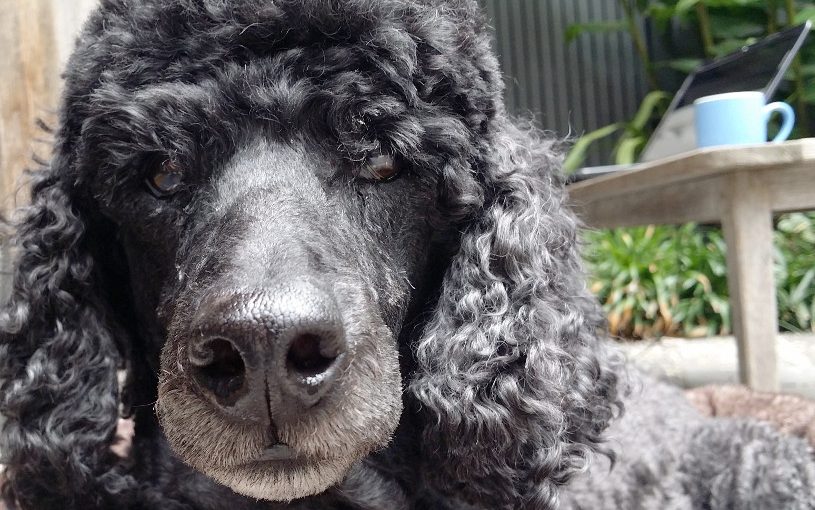 The last few weeks have been interesting. I travelled through Florida and attended a conference at the exact time the United States went through an acrimonious election campaign. The conference was hosted by the Pet Professional Guild, an organisation dedicated to force-free and science-based training and handling of companion animals.
While the country around me was going further and further down a path of divisiveness and hatred I couldn’t help but draw some parallels to the divisions in the dog training world. My focus this time though was not on the chasms between the major training philosophies but on the disagreements within the force-free and science-based community. And since we so readily find fault with each other, maybe it’s not surprising how quickly we jump to conclusions when judging our dogs. Science can help us out.

“[The environment we grow up in] does not normally teach us how to live harmoniously with members of another species.”

Humans are emotional creatures and so are dogs. We know that emotions are triggered in the brain before rational thinking kicks in, so channelling our emotions into healthy, productive and appropriate pathways requires learning and practise. The environment we grow up in teaches us certain rules and customs that enable us to live in relative harmony with other humans. It does not normally teach us how to live harmoniously with members of another species. Dogs and other animals have their own ‘codes’ for intra-specific behaviour. What is appropriate behaviour for humans and appropriate behaviour for dogs rarely overlaps.

“There is a real risk that we … increase the already unrealistic expectations many dog handlers and guardians have in regards to their dogs.”

Research into the emotional and cognitive lives of dogs has recently been running on fast forward. There is an air of excitement that our dogs may be capable of more than we have ever thought possible. The quick turnout of studies however – often with small sample sizes and not always published in reputable journals – is not without danger. There is a real risk that we adapt new, and quite possibly misleading, ideas too quickly and increase the already unrealistic expectations many dog handlers and guardians have in regards to their dogs.

Whatever dogs are capable of, either emotionally or cognitively, we can never compare their internal experiences with those of humans. Every time we suggest that dogs may feel guilt, jealousy, revenge, spite, empathy, love and more, we encourage their humans to make assumptions about what goes on in their dog’s head. Unfortunately, their judgement will depend on their own interpretations of and experiences with those emotional and cognitive events. We are trapped in our human brains. And unless we constantly remind ourselves of that fact, chances are we aren’t being fair to our dogs.

“The fact that animals learn via operant and classical conditioning does not mean they are emotionally and cognitively deprived automatons.”

Even science-based dog professionals are not always safe from the pitfalls when studying a different species. Currently there seems to be a sentiment of “throw out the old and bring in the new” among a growing number of trainers. Disparaging remarks about animal learning theory, an eagerness to adopt new training methods and the push to assign higher cognitive function to dogs than is currently the case have been popping up on social media and at the conference I attended. It worries me not because I believe dogs are less capable than we give them credit for, but because I fear that we risk sacrificing good science for the thrill of discovery.

Animal learning theory is the pillar of dog training and it has neither been invalidated nor does it prevent us from making new exciting discoveries about dogs. The fact that animals learn via operant and classical conditioning does not mean they are emotionally and cognitively deprived automatons. It should be remembered that humans also learn to a large extent and very successfully via operant and classical conditioning. There is no need to criticize these processes as dated or limiting. Science does not toss out a well-established model because it’s been around for too long. In fact, the usual process is to build on and possibly modify existing knowledge, rather than discard a proven scientific theory or law.

Breaking new ground is an essential part of science, but there is good reason that science is conservative. It is necessary to guarantee its objectivity and adherence to evidence-based facts in pursuit of the truth. Before a new idea is allowed credibility it has to withstand merciless and unbiased experimentation and scrutiny. Otherwise it will remain just an idea, and so it should.

“What arrogance do we possess that makes us punish the behaviour of another species, especially one that has never signed an agreement to share a home with us?”

I also do not believe that the respect we have for dogs and other animals should depend on how their cognitive and emotional intelligence compares to ours. With this, however, I am expressing my personal opinion and ethics and cannot rely on scientific backing.
For example, the granting of personhood to great apes because of their relatedness and similarities to the human species may help provide greater protection for these animals – which is a good thing of course. But to link animal welfare and animal rights to how close or distant a species’ emotional and cognitive capabilities are to those of humans is ethically questionable in my opinion. To differ from the human standard does not mean to be a lesser creature on this earth. No animal – no matter how ‘simple-minded’ according to human measure should be subjected to ill-treatment. Giving other animals the freedom to pursue their own happiness is what makes us particularly human.

In order to teach our dogs humanely and create a good life for them and us, I think we first need to stop trying to explain their behaviour from a human perspective. The mere fact that we talk about ‘good’ and ‘bad’ behaviour in dogs shows our human biases. The definition of ‘good’ and ‘bad’ is our call and therefore rarely does justice to the dog. Why do we think we have the right to force the member of another species to adhere to our rules and morals and think of them as ‘bad’ if they don’t fit in? What arrogance do we possess that makes us punish the behaviour of another species, especially one that has never signed an agreement to share a home with us?

The only way forward is unbiased data. Let’s get some data.

Be it for scientific or ethical reasons, a shift away from a human-centric to a dog-centric perspective is necessary if we want to learn more about those fascinating animals we live with. Recognising and trying to avoid anthropocentrism is highly desirable in dog trainers, handlers and guardians but even more so in scientists who study dogs and anyone who relates the findings to the public. And I believe it is an essential step to truly appreciate our dogs, because it means we are ready to let them be dogs and set our own egos aside. We can keep arguing about how smart dogs really are, if they possess morality, empathy or theory of mind, but I don’t think it will get us far. The only way forward is unbiased data. Let’s get some data.

The Pet Professional Guild, The Association for Force-Free Pet Professionals
Gorilla’s death calls for human responsibility, not animal personhood, The Conversation June 4, 2016
Why Fake Data When You Can Fake a Scientist?, Adam Marcus and Ivan Oransky, Nov 24, 2016